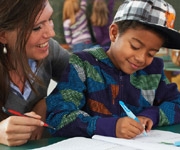 Pupils at the Eckental-Eschenau primary school have made an important contribution to the research carried out by the Schreibmotorik Institut – by having their writing behaviour extensively analysed during lessons. 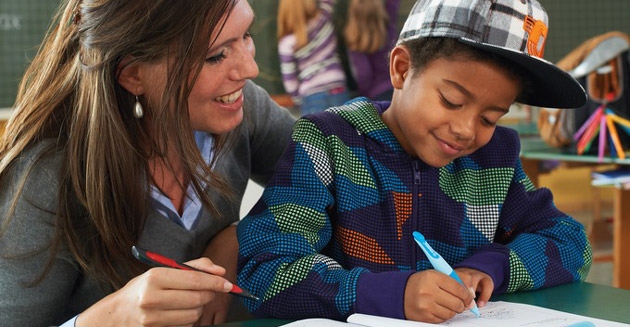 How do children behave when writing during lessons at primary school? The Schreibmotorik Institut was able to carry out explicit observation of writing behaviour as part of a research project at the Eckental-Eschenau primary school. Pupils in years two and three were observed as they wrote during a lesson.

At the end, each child was asked to fill out a questionnaire with the support of the Schreibmotorik Institut and carry out various writing exercises on a graphics tablet. The primary school pupils had a lot of fun and, full of curiosity, they tried out their handwriting on the computer – and had their individual movement sequences analysed at the same time.

On this day, fun, curiosity, new experiences and science went hand in hand, and both the children and their teachers made a significant contribution to the research work of the Schreibmotorik Institut.